This 24 years old patient visited me one year ago because of an aesthetic issue to the tooth 11.

She stated to be uncomfortable in her own personal relationship and to be uneasy at smiling, having a heavy reconstruction to the right central incisor.

It was discovered from the anamnesis that at the age of 14 the tooth 11 suffered from a crown fracture with pulp exposure, due to a fall from her bike.

The pulp was removed and the tooth rebuilt with composite material.

With a direct examination, the tooth 11 showed signs of an incongruous aestethic and functional reconstruction and several structural issues were exposed:

– Absence of palatal contact and guide for the inferior front teeth;

– Heavier colour with a tendency to yellow, too high value;

It was diagnosed by a radio examination an apical radio transparency and a wrong root canal therapy.

A better root canal therapy was performed and then I bleached the anatomical crown of the 11 with a gel of hydrogen peroxide 35%.

I chose to put a ceramic veneer to give the tooth more strength and resistance and also a perfect biomimetic integration.

A champfer preparation on the vestibular face in the enamel thickness was performed so that the dentin wasn’t exposed, giving a strong adhesion to the ceramic surface.

The real loss of tooth structure, cause by the fracture, was exposed. The preparation was more deep and rounded on the medium area to hide the fracture line after the veneer placement. I decided to make a veneer with an understructure made of lithium disilicate to give hardness and with a stratification of feldspatic ceramic to give an aesthetic result.

A diagnostic wax-up was made for a first study of the tooth characterization and then with the help of a silicone index a mock-up was put in the oral cavity with a flow composite laminated in different colour for a better visualization.

The function was tested and the anterior guide was restored thanks to a right anatomical proportion.

With the help of the pictures the translucency, the opalescence, the value and the micro and macro texture were studied. During the test on the patient the definitive veneer resulted too white in the cervical third and perfect in the incisor area. So i reached a right crome taking advantage of clearness of the veneer, putting a composite material with a more loaded colour.

I chose a dentin A4 to give a perfect biomimetic integration. The composite was heated and used to cement the veneer after having conditioned the tooth and the ceramic surfaces.

A perfect aesthetic integration was achieved making the tooth 11 a very natural effect. The fracture line was invisible and the structure resulted strong.

A one year follow up didn’t show signs of decay with a perfect gengival area without inflammations.

The patient was so happy and satisfied for the aesthetic result. 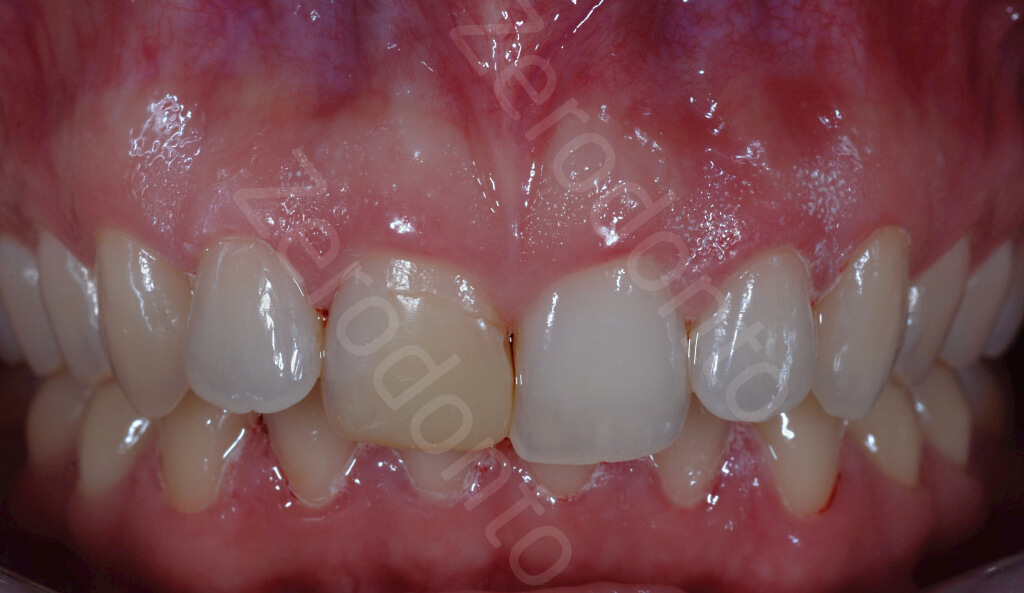 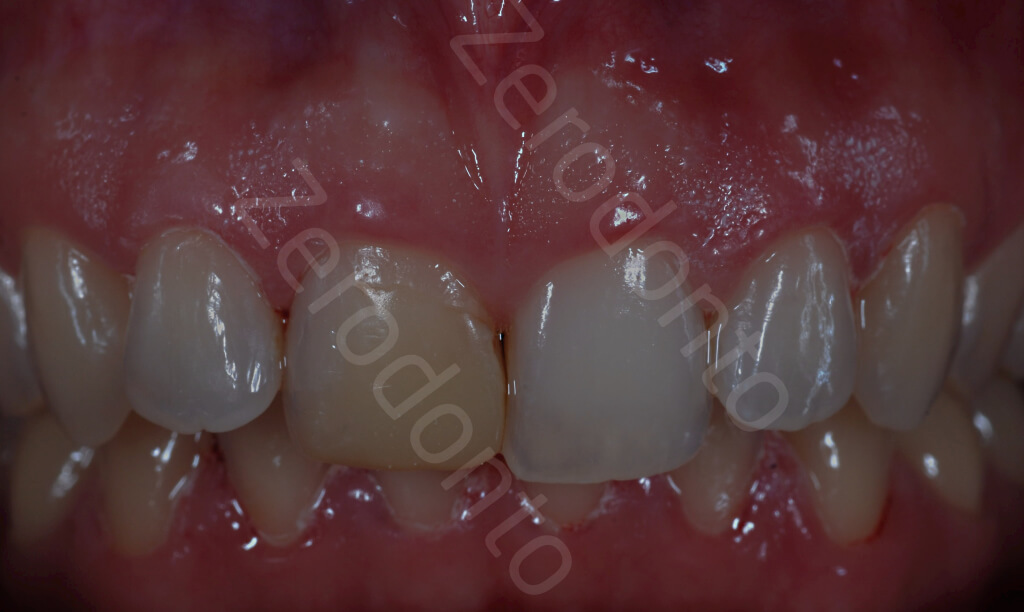 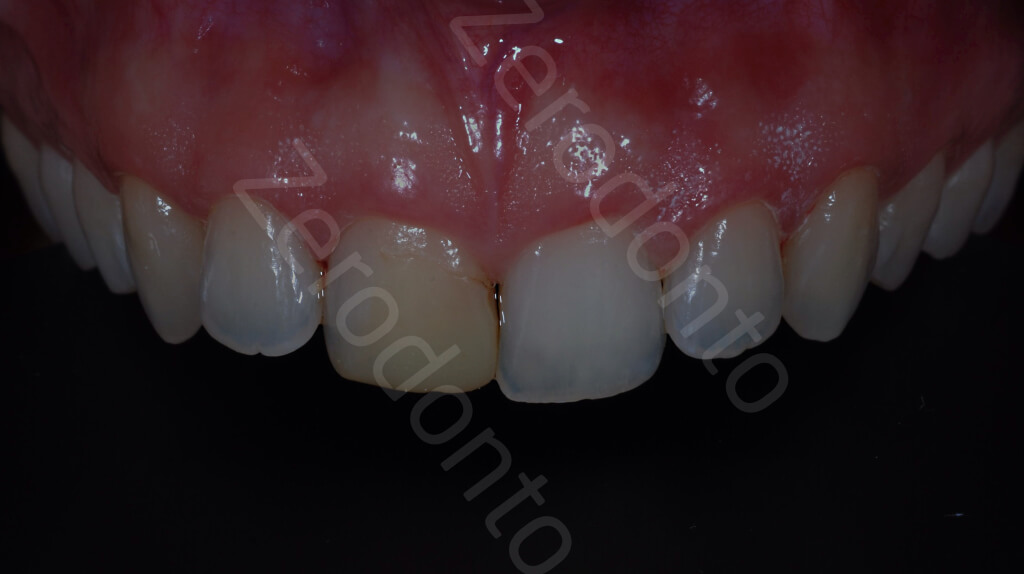 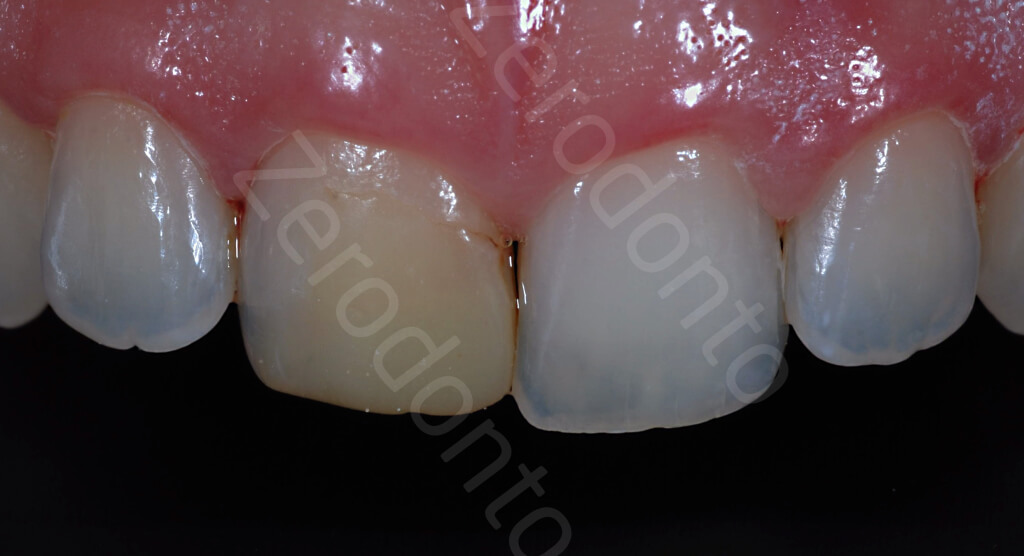 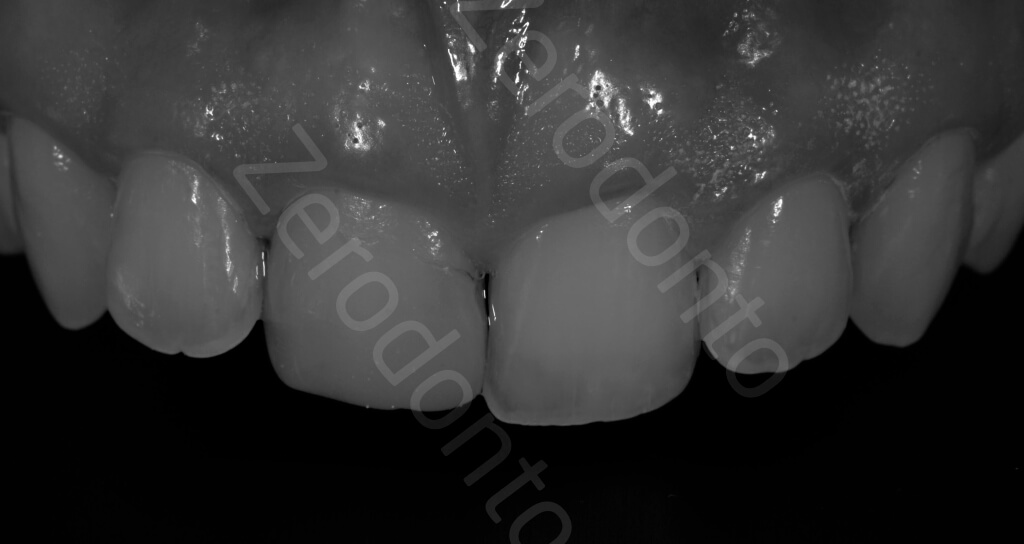 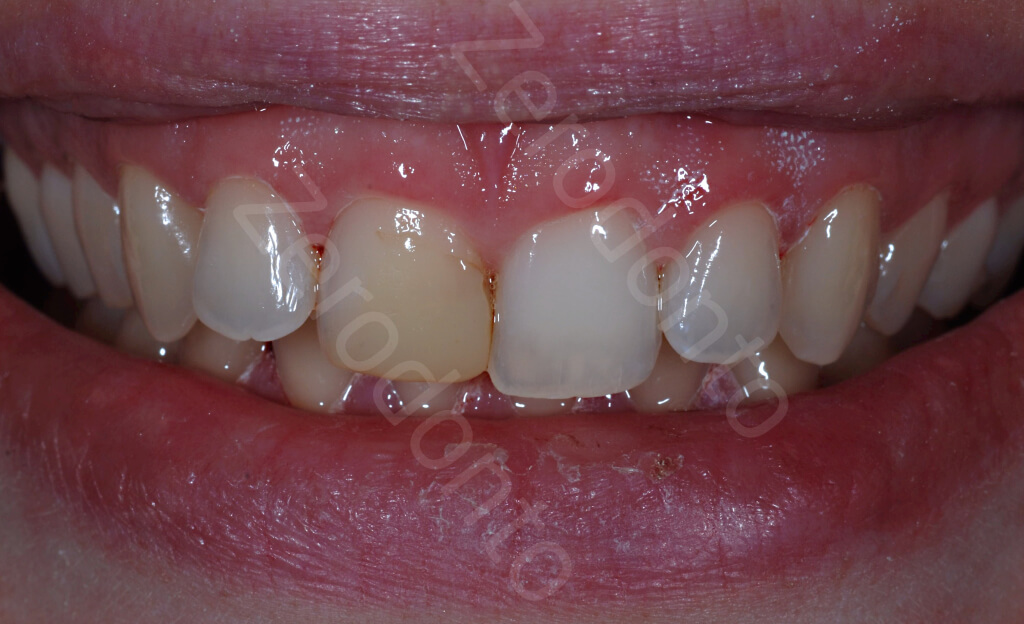 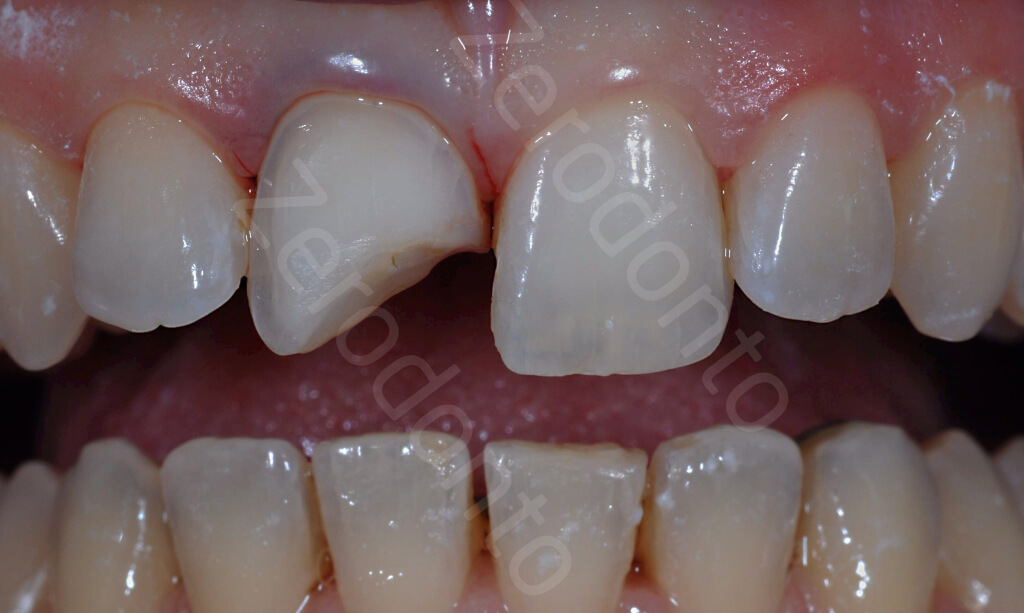 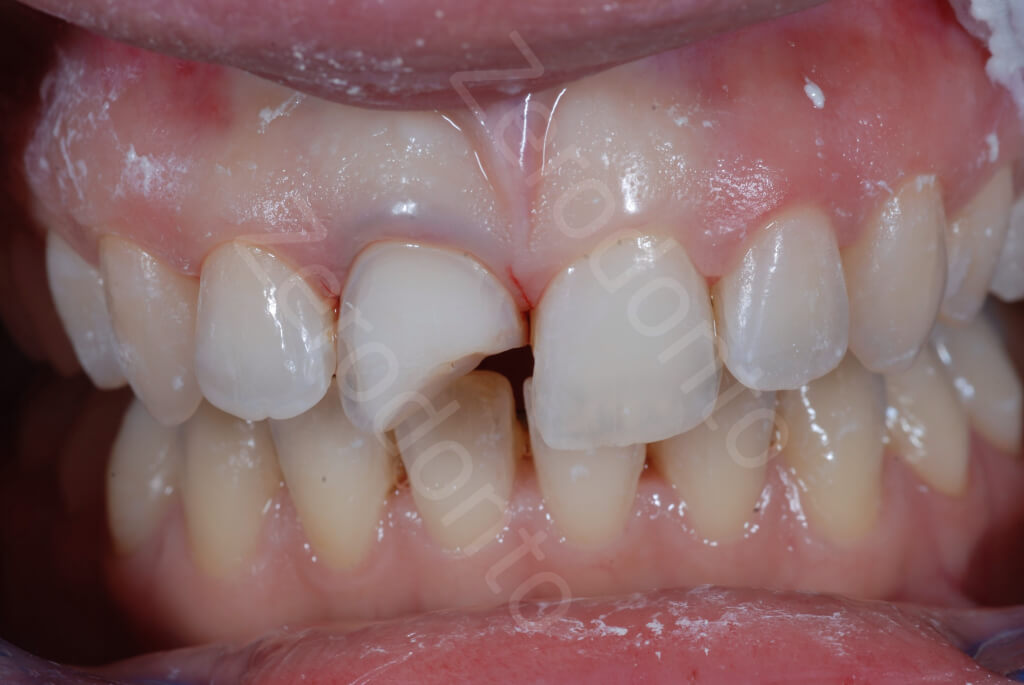 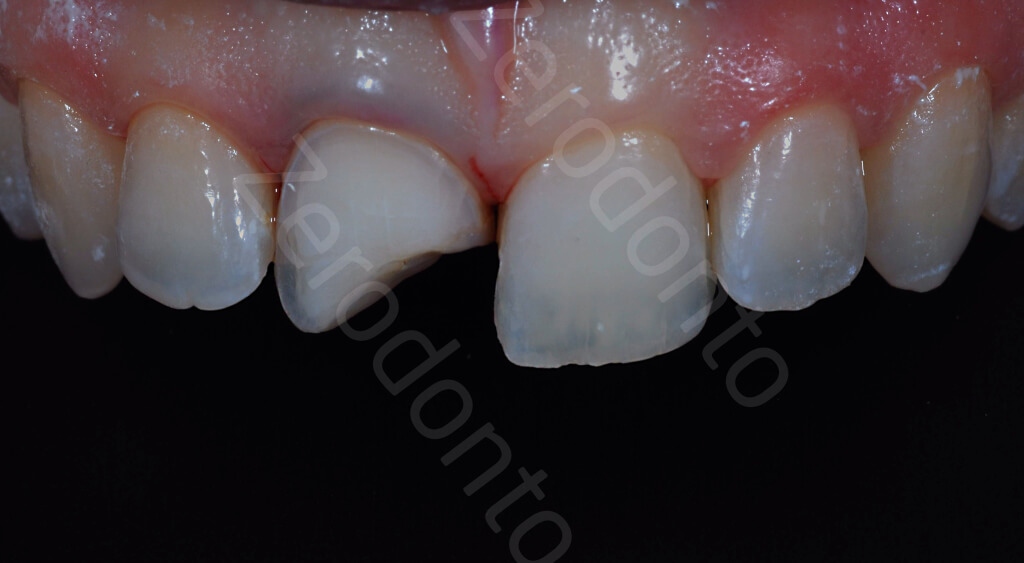 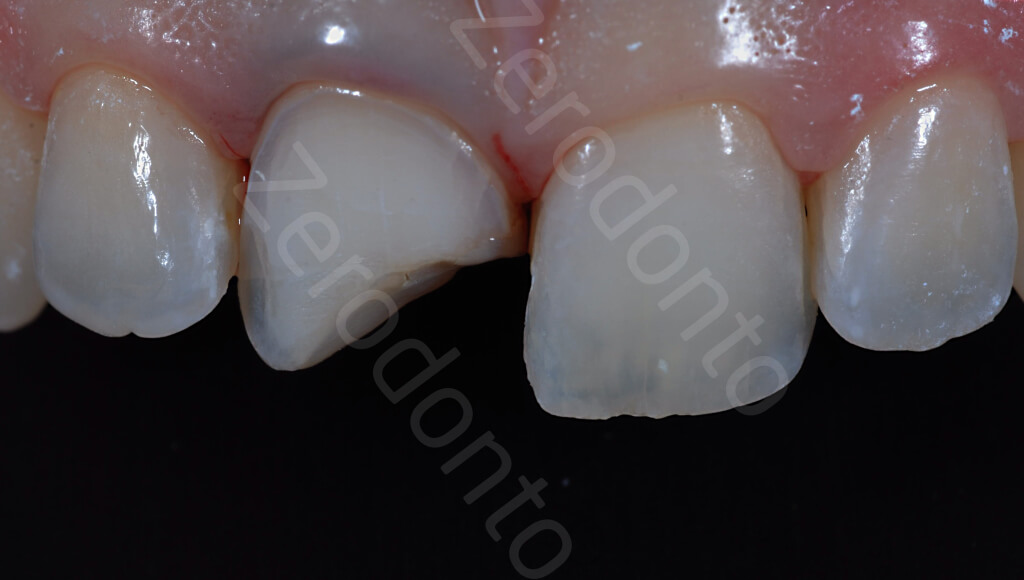 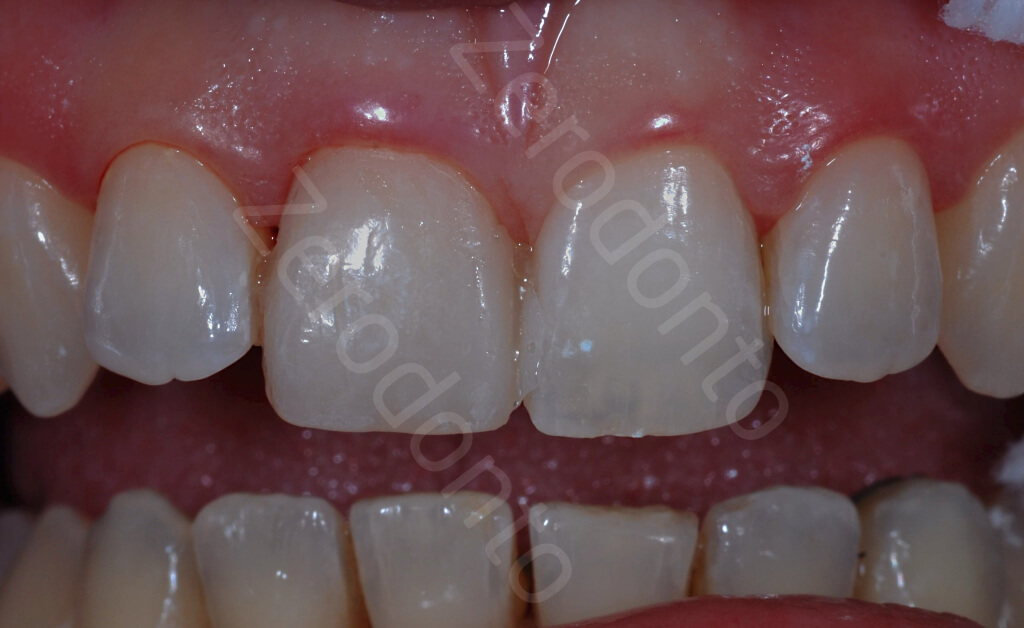 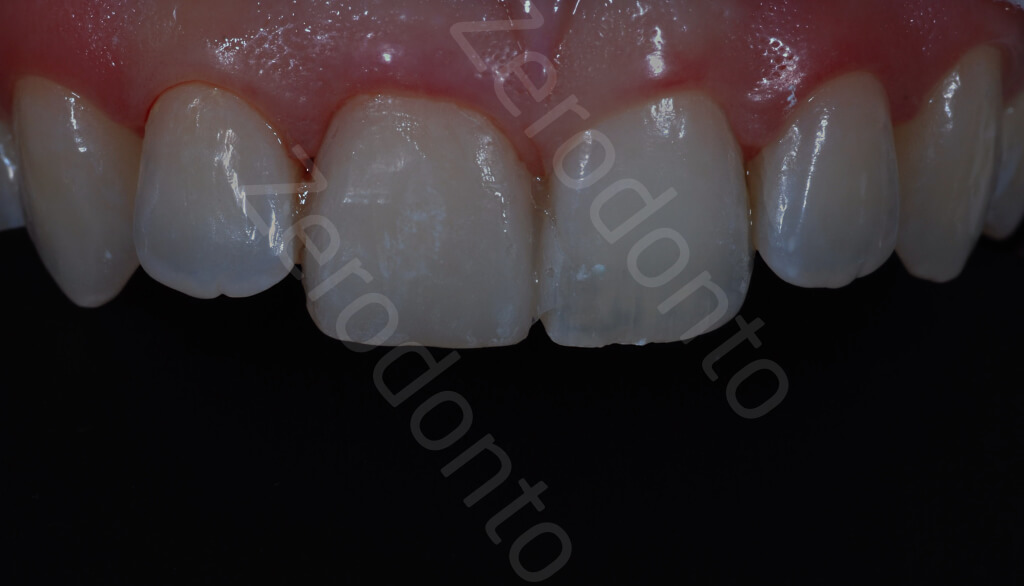 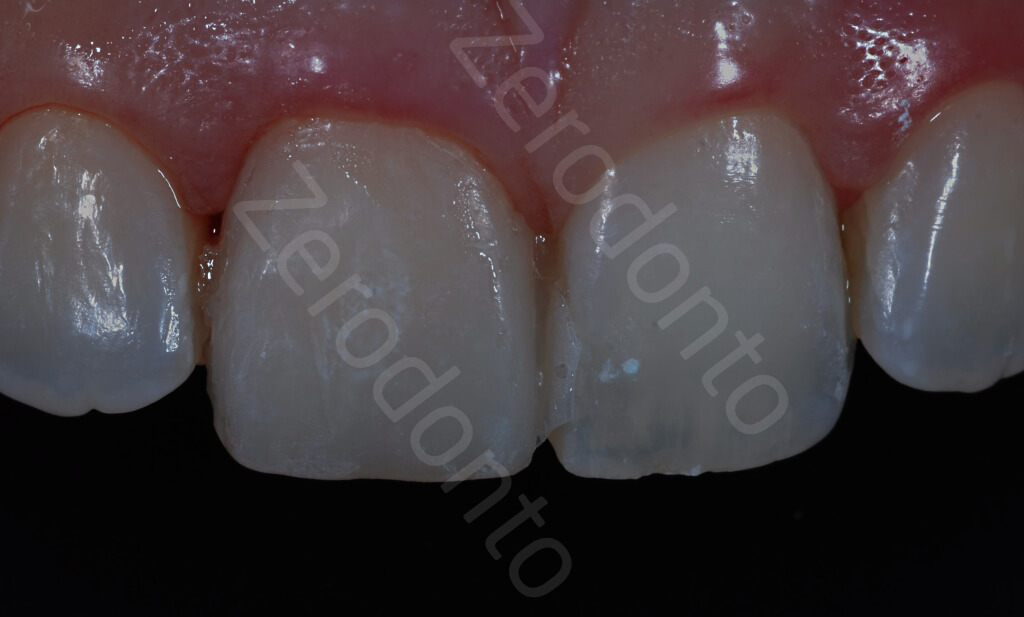 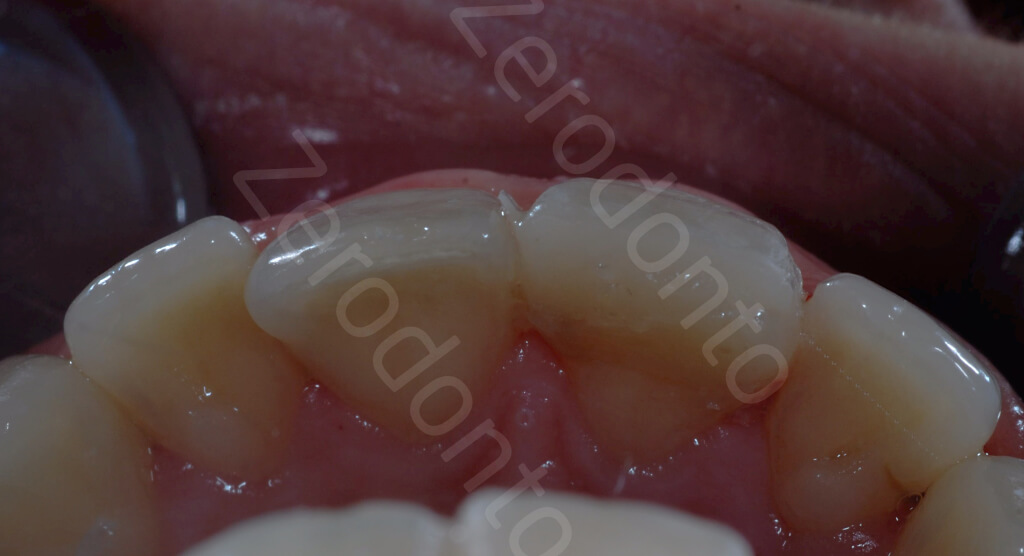 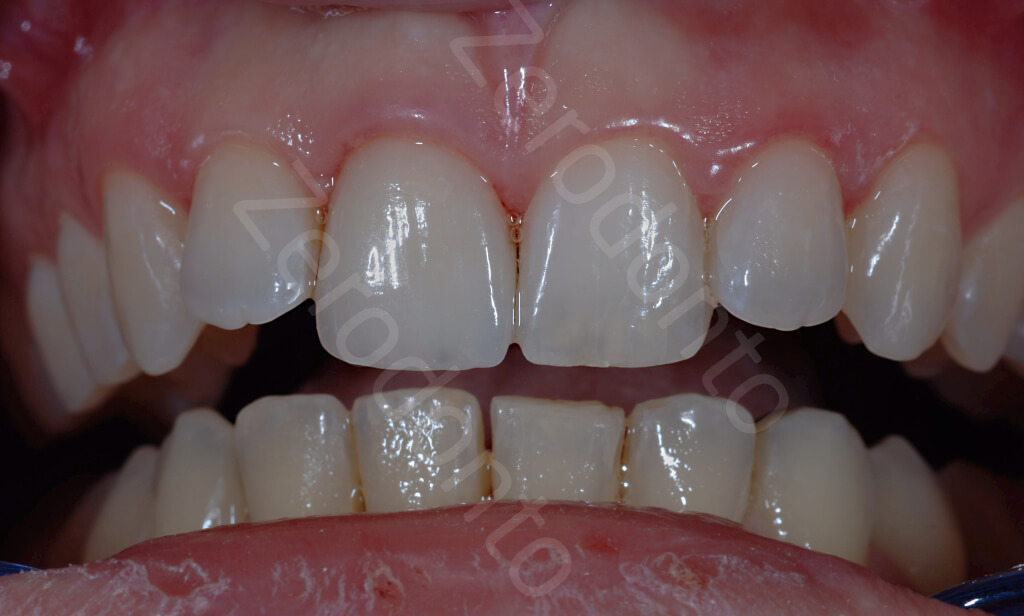 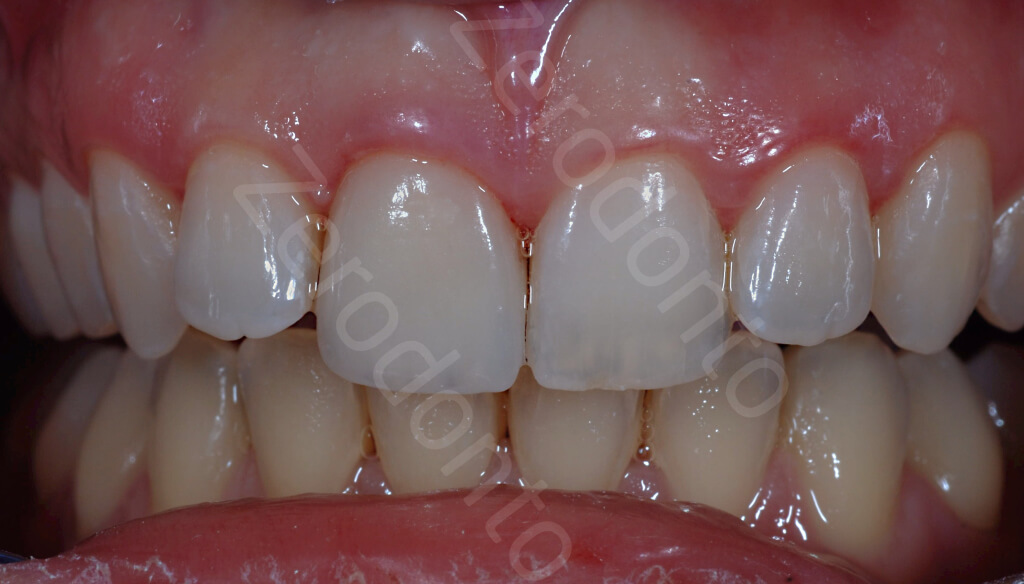 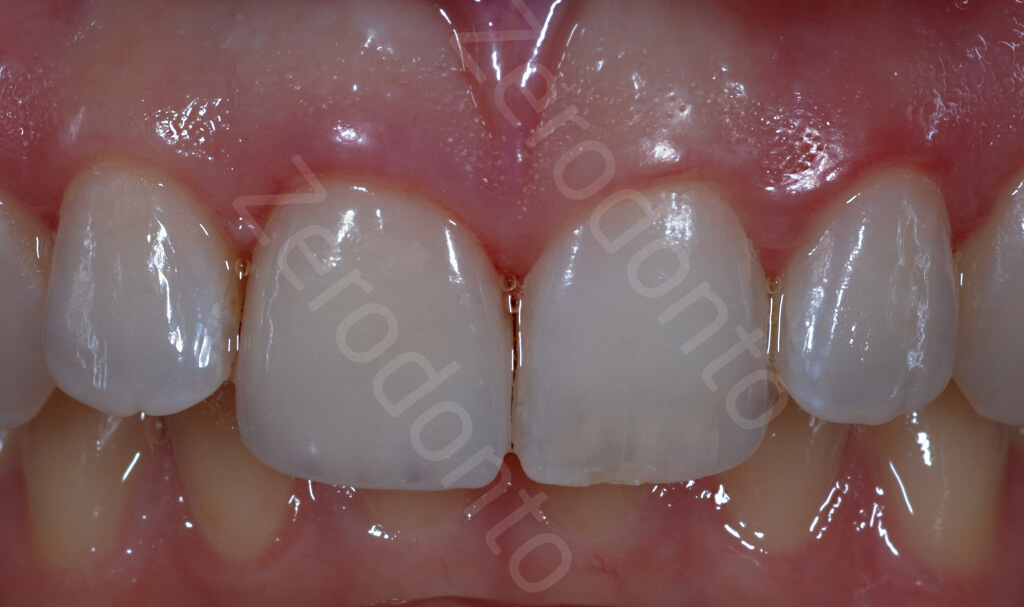 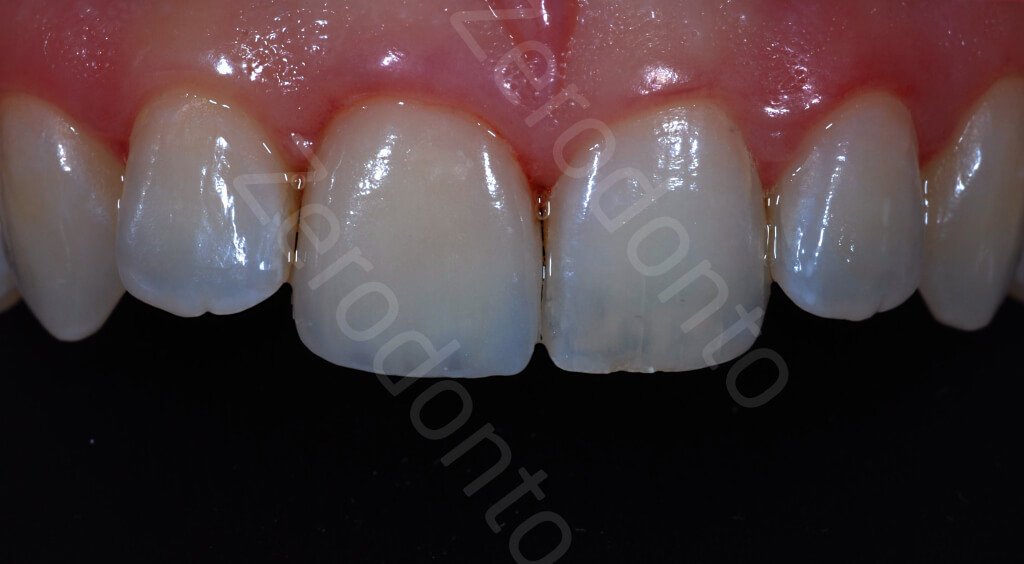