Patient reported with the chief complain of worn down teeth and difficulty in mastication. On Examination, there was marked attrition of the mandibular teeth and slight attrition of the maxillary teeth. (Fig 1-5) The patient fell under Category 1 of the Turner Missirlian Classification.

Orthopantomogram was checked (Fig 6) and Root Canal treatment was done of the mandibular teeth. A loss of Vertical Dimension was Evaluated to be 4mm and its restoration was planned.

Face bow records were made using a Springbow to record the orientation relation. A deprogrammer in form of a Lucia Jig was used and the planned Vertical dimension was recorded (Fig 7). This was mounted on a Semi Adjustable Articulator (Hanau 183 Wide Vue).

A non permissive splint was made for the patient at the desired restored vertical dimension (Fig 8). This splint was then kept on the articulator and the occlusal plane was marked using BOPA (Broadrick’s Occlusal Plane Analysis) (Fig 9,10).

The Posterior wax up was transferred to the mouth using the direct technique using a putty index and a composite based provisional material (CoolTemp) (Fig 13-15). Gurel’s technique was followed for the Preparations (Fig 16). Similarly, for the maxillary anteriors (Fig 17).

A crown Lengthening Procedure was done using a soft tissue laser in the mandibular anterior region (Fig 18-20)  and the gingiva was prepared to receive an ovate pontic. Heat cure provisionals were given to the patient and the posterior disocclusion was verified (Fig 21-24).

After 2 months, the patient comfort was assessed and a final digital scan was made (Fig 25- 27). The prosthesis was digitally designed and milled in Emax for maxillary and Zirconia for the mandibular (Fig 28, 29). The fit was verified on a final cast (Fig 30,31).

The Prosthesis were then bonded and cemented  to the teeth (Fig 32,33) and occlusion was checked (Fig 34,35). The soft tissue healing around the mandibular anterior teeth was verified and gave optimal esthetics  (Fig 36, 37).  Final Prosthesis was checked with the before pictures (Fig 38,39). A 6 month follow up also showed healthy gingiva and prosthesis. 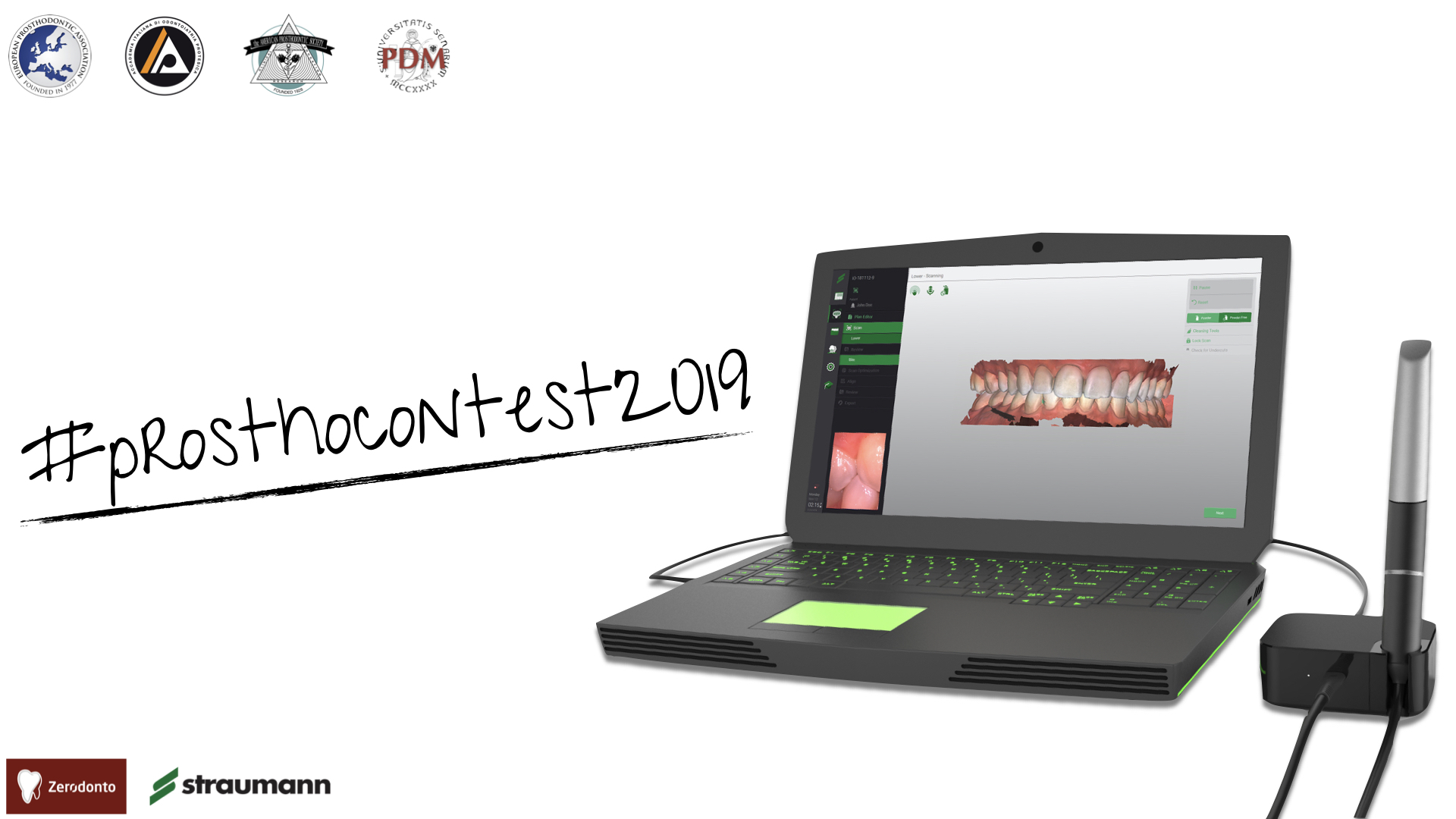 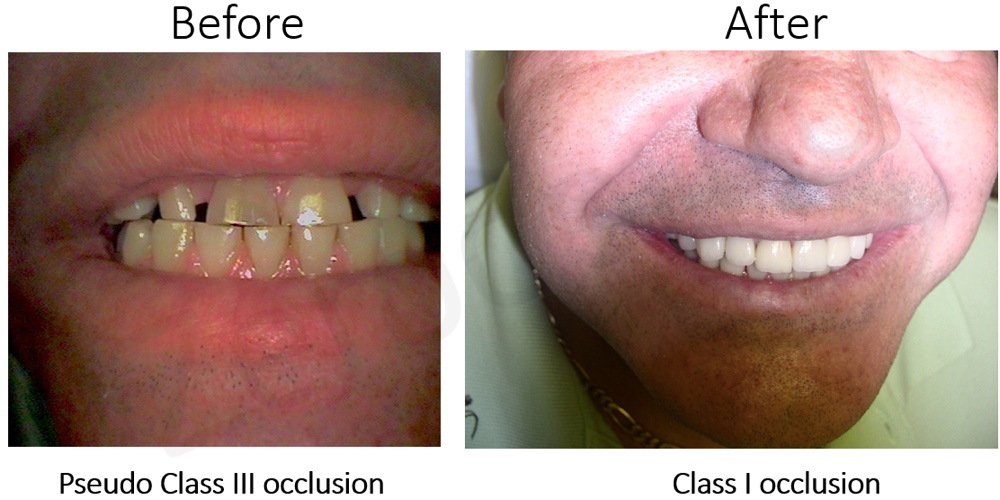 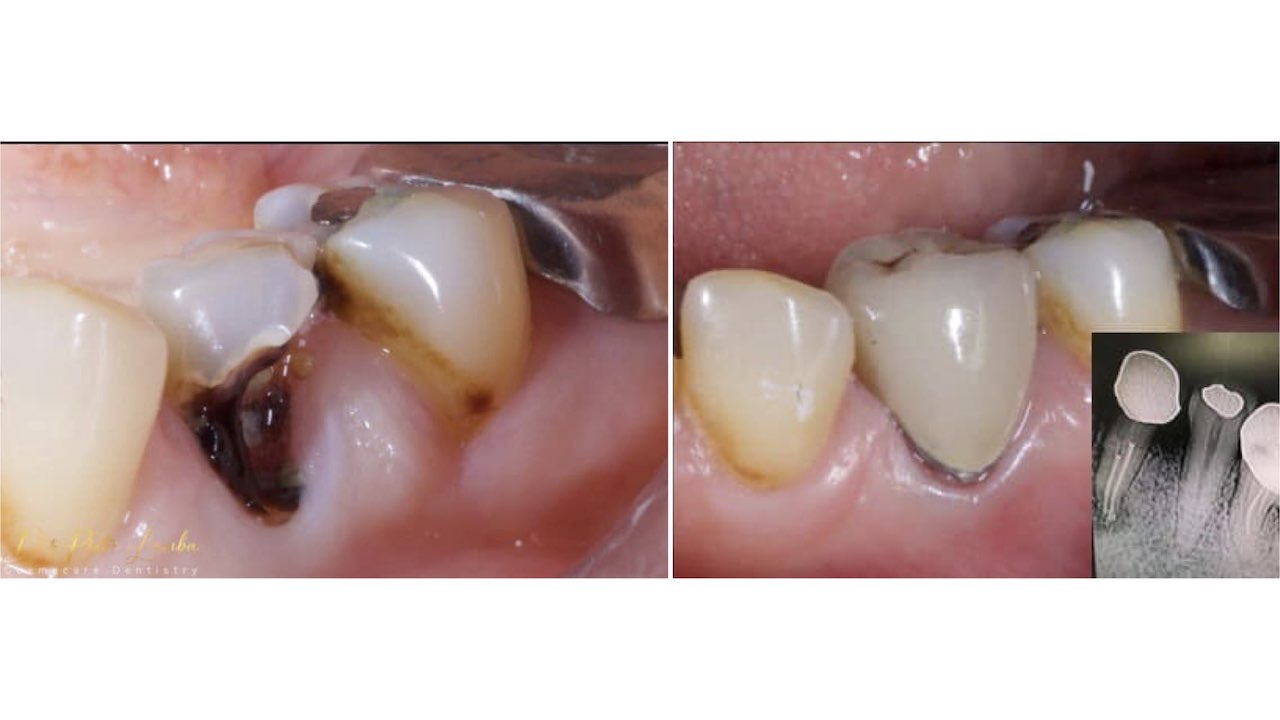