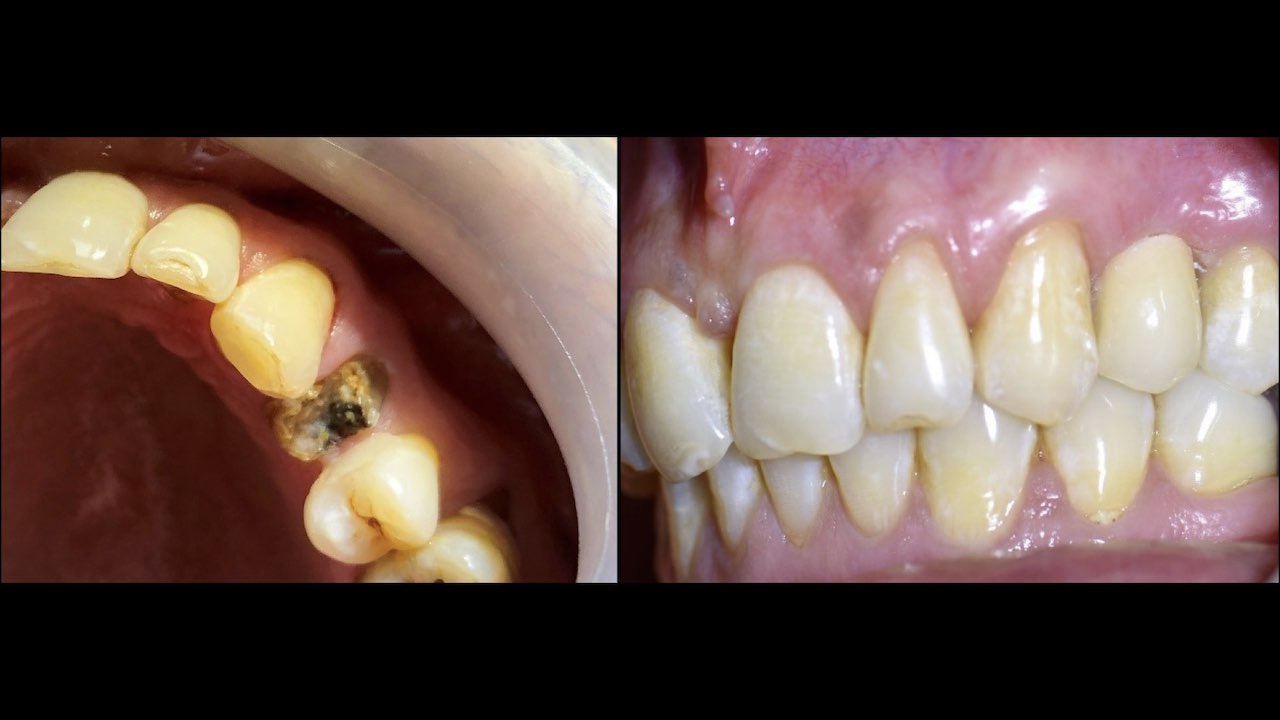 A 44-year-old patient attended the scheduled dental maintenance appointment complaining of a fractured tooth, which had been treated endodontically and restored with a crown five years prior. The patient was a non-smoker and had an otherwise unremarkable medical history. Clinical assessments revealed little pain during percussion. A periapical radiograph confirmed the clinical findings and revealed the fracture line to be at the cervical margin of tooth #24. A horizontal root fracture was diagnosed and the patient agreed to his tooth being replaced with a metal-free ceramic implant.

A digital design software programme was used for de- signing the surgical guide and for implant planning. CBCT scans were combined with an open-format surface in the planning software for gaining a comprehensive clinical insight. The benefits of prosthetic-based implant planning for achieving optimal function and aesthetics were considered while accounting for the current clinical situation, including bone density, soft-tissue type and anatomy, and projected prosthesis. A customised surgical guide was designed based on the planned position of the implant. The provisional restoration was digitally designed and fabricated by the laboratory technician for immediate restoration.

Surgical procedure – On the day of surgery, a pre-surgical dose of 600 mg of ibuprofen and 750mg of amoxicillin was administered to the patient. Atraumatic extraction was carried out to remove the root tip. The manufacturer’s instructions were followed for placing the conventional surgical guide and preparing the implant bed. Implant indicators were used for preparing and maintaining an accurate vertical position for placing the monotype zirconia implant. A zirconia implant with a diameter of 4.0mm, a body length of 11.5mm and an abutment height of 4.0mm was surgically placed by means of guided surgery without the need for a flap. After being placed at a torque of 35Ncm, the implant showed good primary stability. The minor buccal bone defect was corrected using bone cement to enhance the vestibular ridge contour and to give the crown a natural appearance. A horizontal mattress silk suture was placed for closure. Also, the acrylic provisional restoration fabricated prior to the surgery using the implant design software was inserted immediately after the surgical procedure. A chlorhexidine mouth rinse, an anti-inflammatory and antibiotics were prescribed. The suture was removed seven days after the implant placement.

Prosthetic Phase – The osseointegration was successful and it was planned to restore the implant using a zirconia crown after four months. The abutment portion was prepared using Magic Touch burs, and an intraoral optical scan was taken of the abutment portion of the monobloc zirconia implant. Self-adhesive resin cement was used after cleaning and air-drying the zirconia surfaces. Excess cement was removed carefully using dental floss after cementation of the final crown.

Control and maintenance appointments were scheduled six months and one year after placement of the implant. The implant crown was still functional and no technical complications were observed at either appointment. The soft tissue surrounding the implant with respect to site #24 was quite healthy. A periapical radiograph was taken at the one-year follow-up. Bone re- modelling around the implant was normal and the level of bone surrounding the border had fully stabilised. The patient was satisfied with the treatment outcome, in terms of both aesthetics and function. 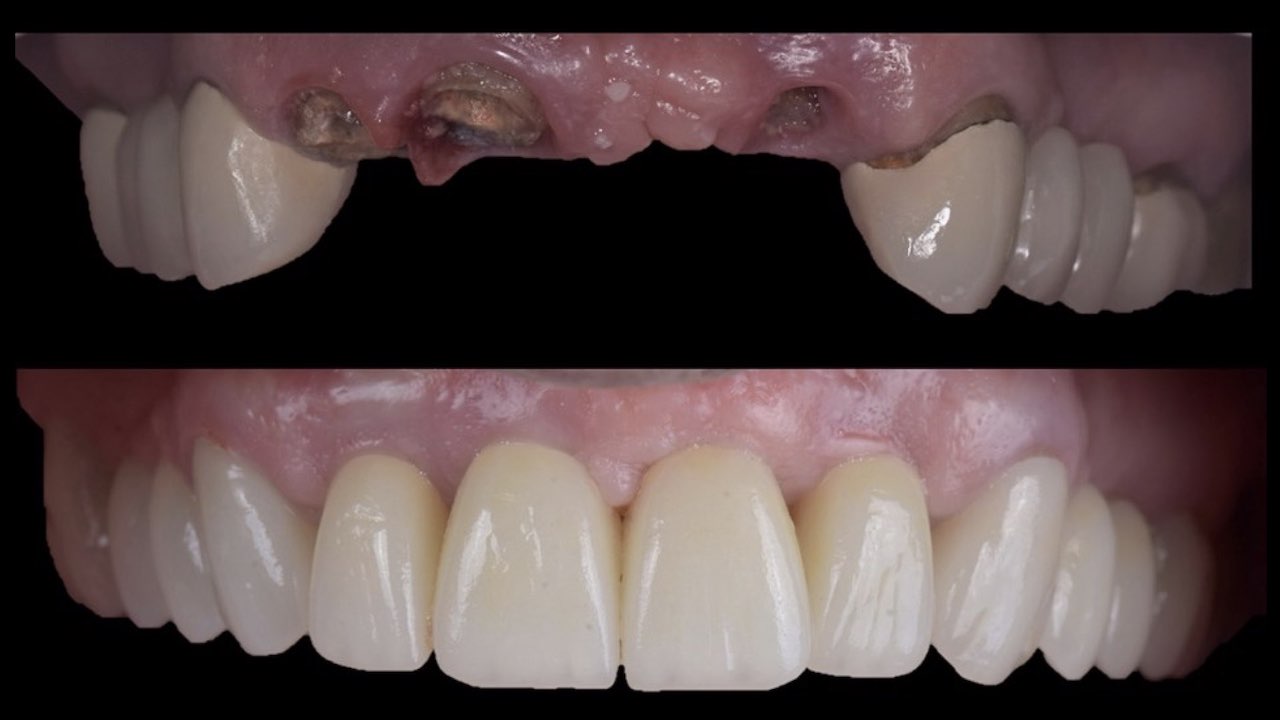 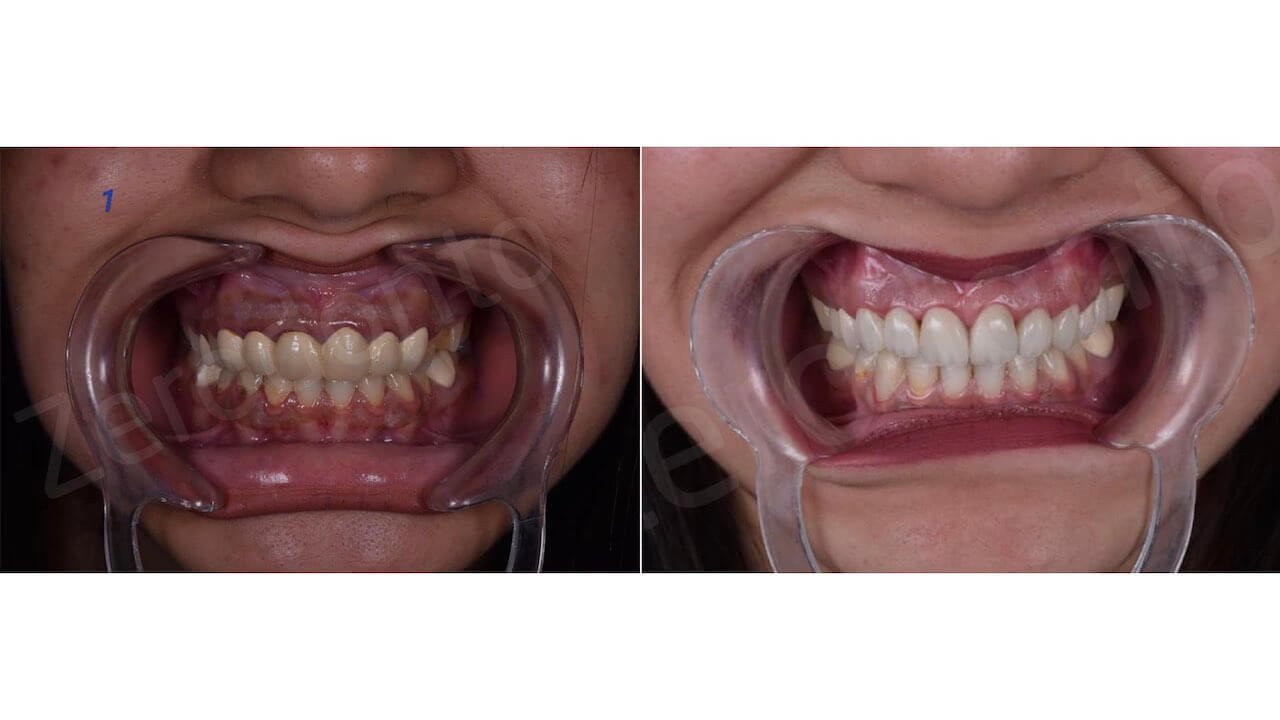 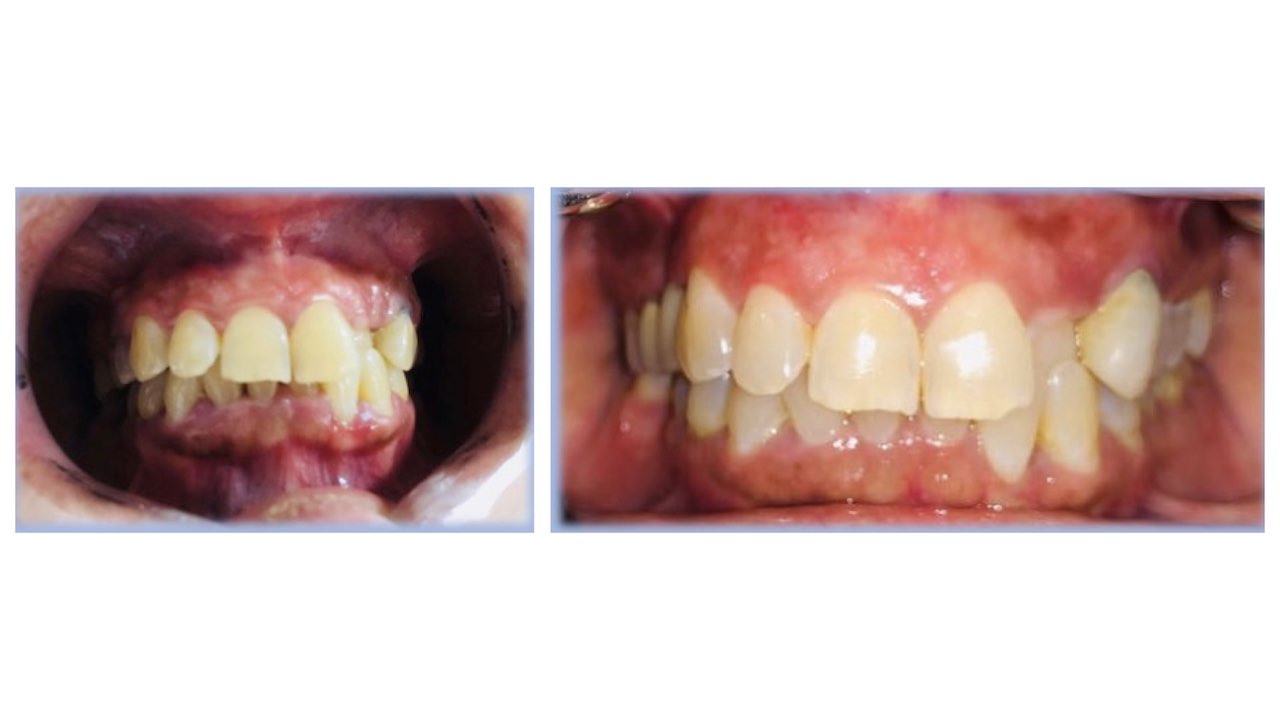