The FINALISTS of the Excellence in Prosthodontics Award 2015! 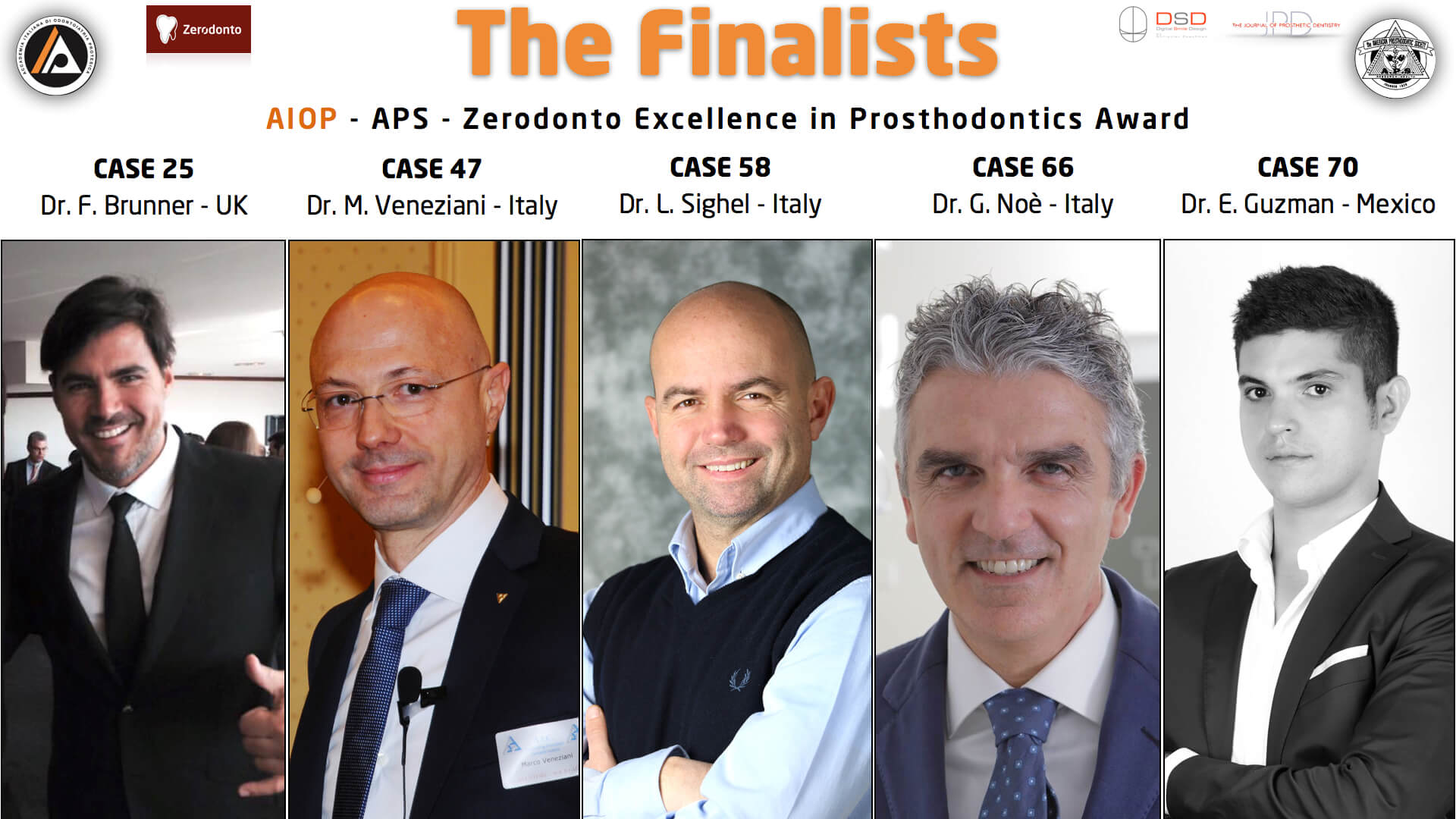 Here’s the finalists! Dr. Christian Coachman selected 5 cases. The selection process has been very difficult because many cases are really interesting.

Now it is your turn! Vote BY LEAVING A COMMENT (specifying the number of your favorite case) at the end of this page OR, always by leaving a comment, on our Facebook post HERE:

ONLY DENTISTS and DENTAL TECHNICIANS can vote. Votes by people who are not DENTISTS or DT will not be taken into account for the final count.

Christian Coachman
Dr. Christian Coachman graduated in Dentistry at the University of São Paulo/Brazil in 2002 and in Dental Technology in 1995. He is a member of the Brazilian Academy of Esthetic Dentistry.Moreover, Dr. Coachman attended the Ceramic Specialization Program instructed by Dr. Dario Adolfi at the Ceramoart Training Centre, where he also became an instructor.In 1996, he opened his own laboratory. In addition, he worked as a technical consultant of Creation, Willi Geller Ceramics.In 2004, Dr. Coachman was invited by Dr. Goldstein, Garber, and Salama, of Team Atlanta, to become Head Ceramist of their laboratory, a position he held for over 4 years.Dr. Coachman currently works as a consultant and develops products for companies. He has lectured and published internationally in the fields of esthetic dentistry, oral rehabilitation, dental ceramics and implants.Dr. Coachman has been working with many leading dentists around the world including Dr. Eric Van Dooren (Belgium), Galip Gurel (Turkey), Nikolay Bakhurinskyi (Russia), Tal Morr (USA) , Mauro Fradeani (Italy), Nitzan Bichacho (Israel), Giano and Andrea Ricci (Italy) and in Brazil with Drs. Sidney Kina, Claudio Pinho, Paulo Kano, Mario Groisman e Marcelo Calamita.